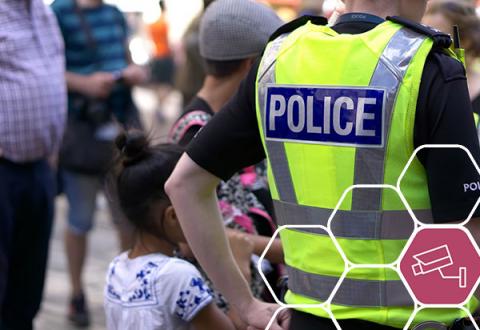 We have identified serious violence, including knife crime, and the associated links to drugs as a priority for the Community Safety Partnership in Merton. A partnership programme of work has been set up in the borough, and we are also monitoring knife crime as part of the Mayor's Office for Policing and Crime's (MOPAC) Knife Crime Plan.

Work is ongoing and is regularly monitored by the Partnership. A good start has been made, but this is a long term programme involving many strands and the expertise of a range of organisations and people.
From 2020/21 the scope of the Knife Crime Plan will broaden to encompass a wider focus on violence.

Serious violence is not only a priority in Merton, but across London and across the country. In London, MOPAC has set up a dedicated unit to tackle violence reduction. This will seek to reduce all types of violence following the approach used by Public Health bodies which looks at the underlying causes of offending.

While Merton is one of the safest boroughs in London in relation to overall crime, there were 244 knife offences in the borough during a 12 month period from the end of November 2018. This was an increase of 16.7% compared to the previous 12 months. There has also been an upward trend in the number of residents who think knife crime is a problem (Public Attitude Survey).

There is a need to better understand and tackle the links between drugs and violence, both in terms of violent offences being committed by those under the influence of drugs and violence involving drug dealing and gang activity.

One key to tackling the problem is building the intelligence picture. There is also a need to understand and to protect those most at risk of exploitation and victimisation - from those involved and groomed into gangs, to those who find their properties become used as a place to store and sell drugs (which is known as 'cuckooing').

Serious Violence and the associated links to knife crime and drugs may increase. This will result in more people at risk of harm. Public confidence and reputational risk for partner agencies working in Merton may be affected. Increased press coverage and more visible signs of violence and drug dealing, may heighten fear of crime.

Rather than succeed it is more about making steps to address the underlying causes of violence and the links to drugs and knife crime. By doing this it will mean a safer borough for all - both in terms of a reduction in the amount of associated crime and a reduction in fear of crime. More people will be safeguarded and the number at risk of exploitation would be reduced.

In our 2019 Residents' Survey, only 48% of respondents said they felt safe and they also think there are low-levels of crime in the borough.

In addition, 20% rated drug dealing and use as a fairly big problem/a very big problem. In comparison to 2017, there has been an increase in the number of residents feeling that people using or dealing drugs is a problem (a rise from 11% in 2017 to 20% in 2019). Also, only 13% of respondents rated safety as one of the best things about living in Merton.

We have also talked to children and young people who told us they believe crime and drug dealing/use are linked. The perception of young people in their local areas is that this is the most important issue which needs tackling (52% of young respondents said that crime, including drug dealing/use, is the issue that most concerns them).

The 2019 survey states that 25% of young people aged 11-17 are personally concerned about gangs.

We also went out to consultation with our community safety survey in August 2019. We received 634 responses in total, which revealed nearly half of respondents thought knife crime was a fairly big, or very big, problem. However not everyone answered all questions (hence the different sample sizes below).

% who felt it was a fairly or very big problem:

Through partner strategies and plans we will:

Everyone will need to work together to achieve the objectives set out above.

You can help as follows:

Residents have joined forces with police and council officers to hold the borough's first community weapons sweeps and play their part in helping Merton remain one of the safest areas in London.

Searches for weapons hidden in and around public open spaces have taken place across Merton, with more planned for 2020.

Each search involved community volunteers who had undergone an introductory training session with a Safer Neighbourhood police officer teaching them how to undertake a weapons sweep.

People who don't want to be caught with weapons – typically knives - in their possession or at home will often try to hide them out of sight in public areas. But they will need to remember where it is, and the volunteers will look for concealed weapons in likely places.

One of the sweeps has taken place in Moreton Green in Morden, where volunteers from the local Neighbourhood Watch and Friends of Moreton Green groups worked together to sweep the park and woodland for weapons.

They were heartened not to find any weapons, and local Neighbourhood Watch co-ordinator Bruce Barns said: "The weapons sweeps are a very good idea, although you do need the right numbers and support, especially if it's a big area to sweep. I'm sure they will grow and gain more support as more people become aware of them."

There is already a real sense of community spirit around Moreton Green, where Bruce said the Friends group also organises a wide range of activities, which have given the area a place to meet in and enjoy throughout the year. These have included organised woodland walks, summer festivals, litter pick-ups, park maintenance and bulb planting.

Safer Merton, a community partnership which aims to reduce crime and anti-social behaviour in Merton, is keen for other community groups across the borough to take part in weapons sweeps. To find out more, email safer.merton@merton.gov.uk or ring 020 8545 4146.

The Re-CET team have been going to a number of different locations in the borough, and engaging with residents in a range of ways.

In a number of the areas that young people have identified as places they do not feel safe, drugs are of concern.

Proposals to change the physical layout of particular sites, and engagement with partners on managing the behaviour of known individuals, are all part of the work to tackle these issues.

The Team engages with the local community to identify the most prevalent issues in their area and working with them to find long term, embedded solutions.

For example, ReCET have been working on the Phipps Bridge Estate, engaging with young people and the community as to their feelings in relation to safety in the area. The voice of the community has then been fed back into local reports as to how the layout of the space, for example, poor lighting, overgrown shrubbery can impact on overall of safety in the area. This has helped shine a light on the need to improve the space around the Estate and how to explore long term community engagement.

Funds that have been provided from the Violence Reduction Unit have supported in getting work completed to improve the physical layout of the space, while using locals partners such as the National Trust have helped to ensure community engagement and other longer term volunteering opportunities. Bystander workshops have also been held in the community (and will continue), helping residents to think through ways of responding to violence in a safe way.

Other partners such as AFC Wimbledon have come on board who run weekly football sessions for the young people in the local primary school which will continue beyond the time of ReCET's funding, again, leaving a lasting activity and commitment for young people. Other key partners who have been actively involved and committed to the space are Phipps Bridge local residents and community, Haslemere Primary School, Benedict Primary School, Clarion Housing, Merton Environment and Regeneration Team, Merton Youth Services, Safer Merton, South Mitcham Community Centre, Melrose School (Cobham Court) and MVSC.

The most common feedback received from young people was regarding opportunities available to them to engage in on the estate, therefore by listening to their voice and engaging partners, Re-CET have been able to bring resources into the area, creating more positive opportunities for engagement, in hope to create a safer space.

The Re-CET Team will hand part of their work over to the Risk and Resilience Service (Detached Youth Work) from 1 April 2020.