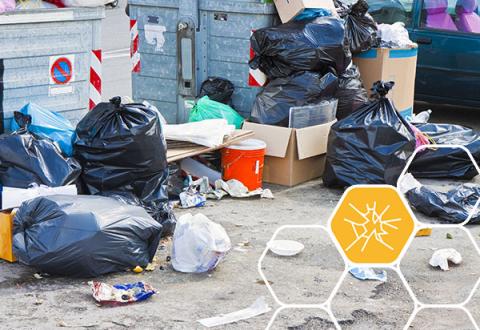 Take action against people breaking the law and delivering long term solutions for residents by:

In response to a borough-wide increase in ASB complaints - both to the police and the council - there is need for greater enforcement action across Merton. Residents and Councillors state that ASB is one of their key concerns, with 1,166 complaints made to the council in 2018/19 compared with 787 in 2017/18. We project these figures will increase further based on current trends.

If the council does not work with the community to address ASB sooner it is likely further incidents will occur.

The impacts of ASB, especially over a period of time, can be very detrimental to communities and affect people's health and wellbeing. A strong, structured, co-ordinated response to ASB is essential as we move forward.

Rather than succeed it is about having a positive impact upon the local communities of Merton. By addressing ASB, the aim is to make residents feel safer and increase the trust in partners who are there to help improve their quality of life. If there is less ASB then there is an increased opportunity for increased community cohesion.

According to our 2019 residents' survey, anti-social behaviour is a fairly big problem/a very big problem and there's a range of different issues reported:

Anti-social behaviour is also among the major concerns of our children and young people, and they told us they most fear bad behaviour (17%) and bullying (14%).

We also went out to consultation with our community safety survey in August 2019. We received 634 responses in total, which revealed a significant number of respondents thought ASB was a fairly big, or very big, problem. However not everyone answered all questions (hence the different sample sizes below).

ASB Categories - % who felt it was a fairly or very big problem:

To increase the number of ASB reports as well as enforcement actions, we will:

There are a lot of ways for residents and stakeholders to contribute to reducing anti-social behaviour in the borough. You can help by:

The ASB team close down a Wimbledon brothel

In one upmarket area of Wimbledon, not far from the town's police station, a local resident complained to the ASB team that a flat in a converted property in Queens Road was being used as a brothel.

Police were called to the property after reports of a disturbance and found three Chinese women living there, as well as several items inside the flat which indicated it was being used as a brothel.

The following day, Safer Merton's ASB team, along with the police, visited the property and met the owner. After checking the items reported by the police, the ASB officers warned the owner they would be building a case for a Premises Closure Order, which she supported. She had rented the flat to a male tenant, but there was no evidence he was living there himself.

Just a few hours later, police were called again when two Chinese women were pressing all the building's buzzers to be let in. The women told residents they were house-sitting, but they disappeared before police arrived.

The ASB team moved quickly to gather evidence in support of a Premises Closure Order, visiting the following day to speak to other residents in the building.

Eight days later they were in Wimbledon Magistrates' Court to present their findings and a full Premises Closure Order for three months was granted. Thanks to the swift action of the ASB team, the brothel had been closed down within ten days of the first reports.

Find out more about reporting ASB in Merton

The Safer Merton service is committed to tackling anti-social behaviour (ASB) which affects our communities. It works with private homeowners, private rented premises and businesses to resolve a variety of issues in the most appropriate manner.

The work of the ASB team in one corner of Mitcham restored peace to the neighbourhood after a Premises Closure Order resulted in the boarding up of a private property where all-night parties and rowdy behaviour had been causing constant disturbances.

Complaints from neighbours close to the property in Manor Road centred on all-night loud music, people outside screaming, fighting and smoking drugs, as well as revving cars and constantly beeping horns. Their lives had been turned into a misery.

Comments gathered from local residents as the ASB team investigated the reports included:

"We have just endured another all-night party, and it must have been throwing out time at 05.40am because there are people outside screaming, shouting and arguing, revving cars, beeping horns for prolonged periods of time, blocking the road while they all say their goodbyes. Music is still blaring. Another night of no sleep, which is just what I don't need right now. I have enough to worry myself with, without these selfish, uncaring, good for nothing idiots denying me of a basic human right, sleep!

"We are decent, hardworking people with children and yet we are terrified in our own home. Surely life isn't supposed to be like this? It's starting to affect our health now, my husband is so stressed I'm worried about him all the time, and me, well, I just cry all the time, probably through lack of sleep and worry."

"I regularly run over Mitcham Common, but I no longer run past the property as I would get noises made at me which made me feel very uncomfortable and intimidated. I have been forced to run in the road as crowds of people would block the public footpath, as well as tyres just dumped all over the place and in the way.

"Not only is this affecting my physical health, but also my mental health. It is not fair that I am regularly woken up by screams, shouting and fights at very early hours of the morning. Young children are out until late without any provision. Cars/vans/lorries often untaxed and dangerously smashed up are parked for weeks outside our homes."

When investigating officers from Merton's ASB unit were let into the property they found 40 empty rum bottles, huge speakers, DJ equipment, a snooker table and a large aquarium complete with stingrays!

The resident, who admitted he had been having parties but had trouble controlling his visitors, was given a formal warning letter explaining what type of behaviour had to end or he could face legal action.

However the complaints from residents continued and within a matter of weeks, legal action was taken to put a short-term Premises Closure Order in place and peace was finally restored to the neighbourhood. The owner has since renovated the property to put new tenants in and the closure order is no longer in place.

Find out more about reporting ASB in Merton